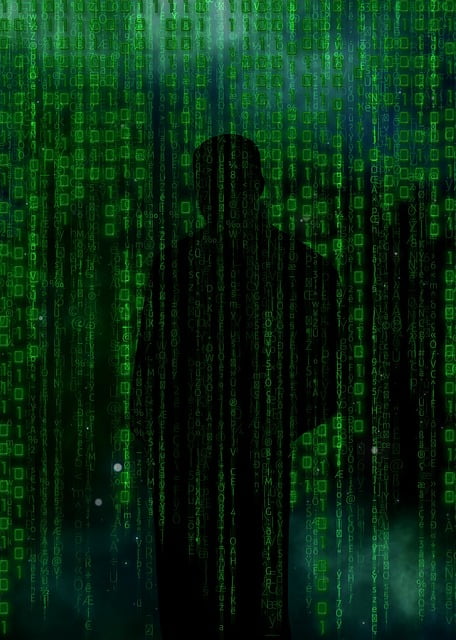 In April 2014 the then Prime Minister David Cameron, announced that his government intended to close a loophole in the law that allowed sexual predators to produce and possess ‘paedophile manuals’. This announcement was prompted by an investigation by the Child Exploitation and Online Protection Centre (CEOP) Command of the National Crime Agency, who found that these manuals were readily available online within the ‘Dark Web’. This article takes a brief look at the change in legislation that followed.

What are paedophile manuals?

These ‘guides’ generally contain instructive content on how to groom and lure a child into being sexually exploited and abused. They also provide advice on how to evade capture by law enforcement agencies. They can be highly detailed and fairly lengthy documents.

What was the gap in the law?

At the time the Prime Minister made his announcement, the main legislation covering indecent material of children was contained within the Protection of Children Act 1978. Under this act, it is an offence to produce, circulate and possess with a view to distribute any indecent photograph, or pseudo – photograph of a child under 18.  Anyone found guilty of any of these offences is liable to a maximum of 10-years imprisonment. Simple possession of an indecent photograph, or pseudo -photograph of a child is covered by section 160 of the Criminal Justice Act 1988. This carries a 5-year maximum prison sentence. A further offence under section 62 of the Coroners and Justice Act 2009 makes it an offence to possess prohibited images of children. A prohibited image is an image which is pornographic and is grossly offensive, disgusting or otherwise of an obscene character. The act provides direction on what is pornographic and this also covers non-photographic visual depictions of child sexual abuse, including ‘Hentai’* cartoons and computer generated images of child abuse. This offence carries a 3-year maximum prison sentence.

The combination of these laws together with the Obscene Publications Act 1959, means the legislation covering indecent images of children is pretty robust. However, whilst these offences deal with images, there was nothing to prevent paedophiles producing and possessing written documents that do not carry imagery. Documents that give advice on how to groom and sexually abuse children, and which encourage and assist others to commit sexual offences.

Possession of paedophile manual – Section 69 simply states “It is an offence to be in possession of any item that contains advice or guidance about abusing children sexually”. The maximum term of imprisonment for this offence is 3-years.

What are the defences?

To put forward a defence under this act, a person would have to have a legitimate reason for possessing such material. The guidance gives examples. The police and CPS would have a legitimate reason for possessing the material when dealing and investigating allegations of child abuse. So too would companies and organisations who deal with complaints from the public about sexual abuse online. There is also a defence if a person has not seen, read, listened or viewed the material and had no reason to suspect the nature of the material. Also, if for any reason a person received the material,  had not requested it and they did not keep it for an unreasonable time, then they too would also have a defence.

Have there been any convictions?

The new law was never going to have a significantly high conviction rate. The very nature of the crime means most offences will take place behind closed doors, where the evidence will be contained on the perpetrator’s computer. Therefore, this means that law enforcement agencies will generally identify suspects when they commit other online crimes, normally offences relating to indecent images of children. However, the act is still a powerful tool in the fight against sexual predators and there have been several convictions.

In May 2016, 36-year old Alan Holmes who imprisoned for 12-years at Bradford Crown Court Holmes after admitting two charges of oral rape, sexual assault of a child, causing a child to engage in sexual activity, making and possessing indecent images and possession of extreme pornography. Police had searched his house in July 2014 and found in excess of 30,000 images of child abuse and almost 4,000 indecent films on his computer. Within these images they found numerous clips of Holmes abusing children. Also, present was a power point video providing a 20-page step-by-step manual for other paedophiles, containing advice and guidance on how to groom and abuse a female child from birth. Whilst the existence of the manual appears to have drawn significant and scathing comment by the sentencing Judge, it is difficult to determine from the media reports, whether the manual formed part of the indictment, or whether it was used just used as supportive evidence in the prosecution.

One of the first successful convictions occurred in December 2016, when 19-year old Daniel O’Neill admitted possession of a manual at Manchester Minshull Street Crown Court.  In March of that year, police began an investigation after concerns O’Neill was engaging in sexual activity with a child. When the police searched his address they found the manual on his computer, along with indecent images of children. As well as the manual, he was also convicted of engaging in sexual activity with a child and possessing indecent images of children. He was sentenced to 50 months’ imprisonment for all the offences, which included 10-months for possessing the manual.

In September 2017, 32-year old Alex Walton was convicted of having over 1,000 child abuse images and a 170-page paedophile manual on his phone. The manual gave advice on how to ‘safely abuse’ children and avoid detection. He was handed a 13-month jail term suspended for two years, a 5-year sexual harm prevention order and a rehabilitation order. In November 2018, at Snaresbrook Crown Court, London, 56-year old Robert Ginn was sentenced to 12-months imprisonment for making indecent photographs of a child and five counts of possessing a paedophile manual.  This contained guidance on how to abuse children aged between 3 and 8 years and methods to evade detection. Like many others,  he was also convicted for possessing thousands of indecent images of children.

In researching the media articles relating to these convictions, we found it was common for the perpetrators to also be imprisoned for possessing indecent images of children. Without knowing the details and origins of the police investigations, it is not possible to say how they were identified as potential suspects. However, it seems likely that they came to prominence because they were initially connected to indecent images investigations, rather than being identified because they had downloaded a manual. Nevertheless, the act has proved its ‘standalone’ value as the case below demonstrates.

In January last year at Norwich Crown Court, 40-year-old Lee Daly was sentenced to an 8-month prison sentenced, suspended for 2-years with the condition that he take part in mental health treatment. Daly was convicted of possessing a 170-page paedophile manual which he had downloaded from the dark web and read. He did not have any indecent images of children and the court accepted that he had not acted on any of the instructions within the manual. He was convicted purely on his possession of the manual, although his arrest had been prompted by police searching is house and seizing his laptop. No detail was given in court as to why police chose to carry out the search. Whatever the reason, Daly’s conviction may well have prevented him from committing other offences, such as downloading indecent images.

In terms of criminal law, it is very early days for this piece of legislation. Nearly four years on, there have been successful convictions. As methods of detection advance there is no doubt that this act will be a valuable asset in targeting and bringing sexual predators to justice.