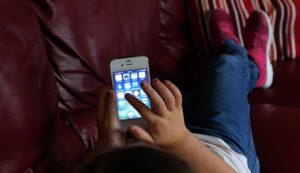 More than 600 people have called a helpline to report sex abuse in schools in the four months since it was set up.

The NSPCC phone line has received an average of 150 calls a month after it was established following thousands of testimonies posted on the Everyone’s Invited website.

Some 114 calls have resulted in referrals to external agencies, such as police and social services services.

The charity said that some callers have reported harmful sexual behaviour and historical abuse.

Read the full story from Yahoo News below: