Gone cunch – what does it all mean? 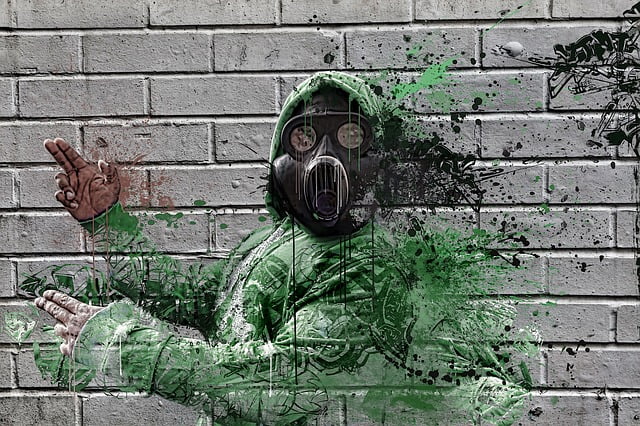 As professionals who work with young people, we will have all faced a common problem – what on earth are they saying? For many years teenagers have expressed themselves through their own words, usually based on the music and social trends of the time. Language is an important part of their identity, a confidence booster, helping them to connect and build relationships with peers. It also has the added bonus of allowing them to communicate in terminology that is often difficult for adults to follow.

More recently street slang has evolved into a fairly extensive vocabulary, a combination of slang words and phrases, supplemented by texting jargon, hashtags and emojis. Slang is part of modern youth culture, fuelled by various styles of music (hip-hop, grime), and spreading rapidly through social media and the internet. Todays ‘street’ language is also not restricted to any particular ethnic group and is now commonly shared across the broad multicultural spectrum of young people within the UK.

Personally, I think young people having their own language and communicating amongst themselves is a good thing, for all the reasons mentioned above. I often listen to young people and try to test myself, trying to work out what they mean. I find it a useful icebreaker with teenagers, setting myself up as the old fuddy-duddy who makes a fool of himself by having a guess at what a phrase of slang means.

Undeniably street slang is also linked with crime and has become synonymous with gang culture. Many people will hear young people speaking slang in public and will mistakenly make that connection, or at least take a dimmer view of those youngsters. There are those that rightly dismiss this as an unfair association, arguing that not all young people who use slang are criminals. However, whether we like it or not, street slang does have a connection with certain types of criminal activity e.g. drugs, county lines exploitation, gangs and grooming.

Lately slang has been linked with Drill music, videos that generally feature hooded and masked gang members, making threats and preaching violence within their lyrics. It has been suggested that the rise in Drill videos is connected to the recent increase in serious violence across London, although this link has been refuted by others. In June last year members of a west London drill group were issued with a court order banning them from making music without police permission. Part of the order prevents them from lyricising about death, injury and naming postcodes within the context of gang areas. In a bid to stem gang violence in London, Metropolitan Police Commissioner Cressida Dick, was prompted to request social media companies remove drill videos from their platforms. Between 30 and 50 videos have since been removed from YouTube.

For those of us in the child safeguarding world, language poses a significant problem – how do we decipher street slang when we need to be intrusive and assess who and what poses a risk to that young person?  For example, would you know what these following 10 words mean?

All of these words might come up in a safeguarding context and may be heard by professionals when young people are in conversation. So, how can you as a parent, carer or safeguarding professional identify key words that may add to the all-important intelligence picture? Well, unless your organisation has access to a very switched on gang or youth workers, then it is problematic. Understanding street slang is made even more difficult by the fact that it is constantly reinvented and has regional variables. What may be common in one area, may not necessarily be used in another. There is no definitive dictionary for street slang, but there is a tool that can at least give us a fighting chance – the internet.

However, when it comes to street slang the web isn’t overly helpful unless you specifically know where to look. There are many articles and pages capturing the slang at the time they were published, but these are out of date a few months later. Given that we know slang evolves rapidly, these pages cannot be relied on. There are also numerous articles based on social media acronyms, and whilst it is important to know dangerous acronyms such as GNOC (get naked on camera), this article is about identifying the spoken word. Others like ‘The London Slang Dictionary Project’ appear fairly up to date but require money to access to download the ‘full list’ without giving any clues as to how much slang terminology you get for your money. Then there are those websites like ‘British Slang’ which are light-hearted and don’t cover the type of street slang that we as safeguarding professionals will be hearing and listening out for.

A useful resource which will help you, is the Urban Dictionary. This is the web’s biggest online dictionary for slang words and phrases, containing terms that wouldn’t necessarily make it into a standard dictionary. It now has millions of users worldwide.  This is the site that we recommend is your ‘go to’ place when trying to identify a slang word you have heard. All the words we highlighted above, feature on this site. It is reported that the site has been used by the judiciary in the UK to assist them in identifying slag terms. Urban Dictionary is also available as an app.

Health Warning: Urban Dictionary is not without controversary, even the name upsets many. It is a crowdsourced site, meaning it draws its content from its users. If you want to submit a word, then it is a simple process and a submission will be voted in or out by ‘volunteer editors’ (other users).  It doesn’t take much to become an editor, basically the submission of a form. What this means is that anyone can submit anything, and it is highly likely to be accepted onto the site. There is very little editing and removal of offensive content. It has been accused of carrying racist, sexist, homophobic and downright obnoxious material. In my view these accusations are well founded and there really is nothing nice about this site.

However, that is not to say that as safeguarding professionals we shouldn’t use it. It is a useful tool and used as a search engine for specific words or phrases, then there is a good chance you will find what you are looking for, although because it is a worldwide site there are a lot of US based word.

Another site you may want to consider using is ‘The Online Slang Dictionary’. This site is not as extensive as Urban Dictionary but, in my view, it isn’t bad site and well worth using to identify your slang words. It doesn’t come with such a bad health warning as the Urban Dictionary, but by the very nature of slang words, it does contain graphic content. It at least has a ‘vulgarity voting’ system which allows users to vote on how uncouth a word is, which are reflected in chilli pepper symbols to indicate how hot (vulgar) that word is.

A final word – As professionals with safeguarding responsibilities, we all need to improve our own communication when identifying new street slang. It is important that we record terminology and then share it with others responsible for safeguarding. If you don’t know what it means, then there will undoubtedly be someone that does. There is no point in keeping it to yourself. This should be a two-way process and safeguarding agencies should think about mutually exchanging commonly known words or making active enquiries of other partners to establish whether they know what the word means.

You may not think one or two words are important, but it may just be the piece of the puzzle that prevents a child from serious harm. Let’s say you are a staff member in a children’s home and over breakfast you hear two teenage boys talking. Both have links to gangs. One boasts to the other that later on tonight he and his “wingman” are “going postal” and are taking a “9”. An exaggerated conversation, but if dismissed, then you have just failed to identify a serious safeguarding risk. The young man in your care has just said that he is going to a pre-planned fight (going postal) with a trusted friend (wingman) and they are taking with them a gun (9).