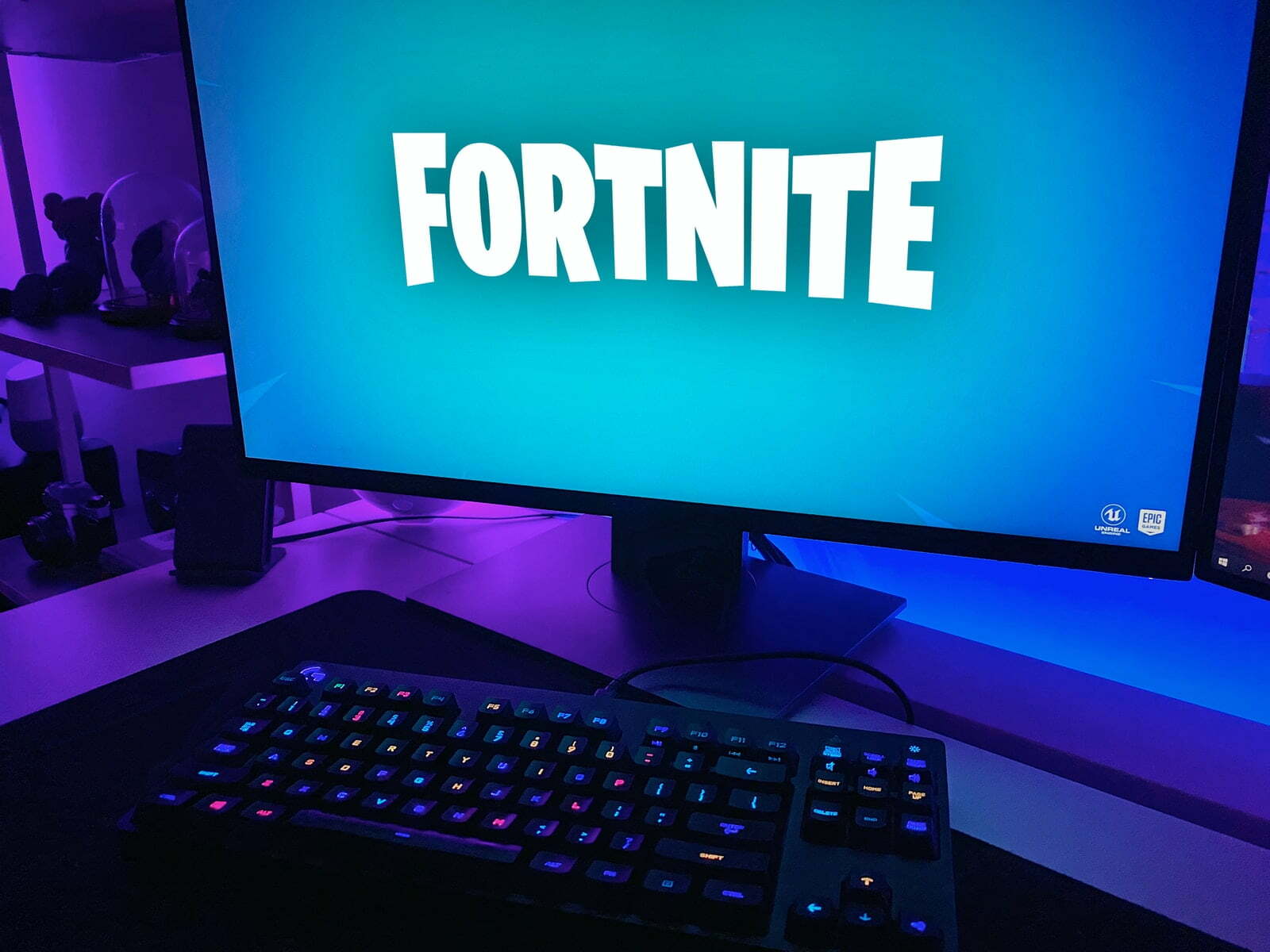 At the end of March reports began to emerge which raised concerns about the online multiplayer action survival game ‘Fortnite – Battle Royale’. The National Society for the Prevention of Cruelty to Children (NSPCC) stated that they believed the game was putting children at risk of online grooming. It soon became clear that these warning were well founded. One of the news stories highlighted in the press came from a mother who overheard attempts to groom her 10-year old son through his Xbox as she sat on the sofa next to him. The mother heard an adult male addressing her son by name through her TV speakers, asking her son whether he knew what sex was. In another story a mother discovered a male asking her 12-year old son to perform sex acts on him, and for the boy to take and send naked images of himself. There were other similar examples, and this prompted many schools nationally to issue warnings, to the parents of their students.

In this article we take a look at Fortnite, what it is and what dangers it poses to children and young people.

Fortnite is an online survival game. The basic premise of the story is that on a post-apocalyptic earth, the survivors battle zombie-like creatures in a bid to survive. Fortnite allows up to four players to work together to complete various missions. The game allows them to collect various objects and rewards which will aid them in their bid to survive. It is progressive, so the more rewards players gain, the harder the missions become. The games interface allows players of different ages from anywhere in the world to interact and chat with each other whilst they play online.

What is Fortnite Battle Royale?

Fortnite Battle Royale is the ‘Battle Royale’ version of Fortnite and was released in September 2017. It is this version of the game that has prompted much of the recent safeguarding concerns. Battle Royale games are a genre in the games industry. They involve a large number of  combatants fighting a series of battles until only one fighter remains – a massive brawl where the prize is to be the “last man standing”. Fortnite Battle Royale follows the same premise as Fortnite , but the aim is also to kill other players or evade them, much  like the movie series The Hunger Games. Set on an island, the game allows up to 100 players to play solo, in duos or in a group of four. They go in search  of  weapons and other hidden items. As the game progresses the island begins to reduce, gradually forcing players together to closer together until there is only one survivor.

How can children play?

Fortnite and Fortnite Battle Royale are available in Microsoft Windows, macOS , PlayStation4 and Xbox One, whilst the Battle Royale version is now available Apple iOS devices (iPhone and iPad) via the App Store. Both versions of the game are available to download from the Fortnite website and the App Store. In the next few months it is expected to be launched on Android. The game has cross-platform play, meaning it can be played across the various platforms, albeit there are issues between certain platforms, such as playing between PS4 and Xbox. However, technology being what it is, this is expected to improve, particularly across the app on iOS and Android.

What is the difference between Fortnite and the Battle Royale version?

On the face of it , they don’t look that dissimilar. There are however some significant differences, the main one being that whilst you have to pay to play Fortnite, the Battle Royal version is a free to play game. Battle Royale is also more visually friendly than Fortnite, the characters and the surroundings appearing cartoonish and bright in appearance. It is also an easier game to play, controls are more responsive, and the game menu is less confusing to navigate. What we are describing here is a game that is free and whilst the makers probably wouldn’t admit it, it has been specifically designed with its target audience in mind – children and young people.

How popular is Fortnite Battle Royale?

Fortnite Battle Royale has become huge in a few short months. It is on course to be the biggest game of 2018 and now has over 45 million players. It is estimated that together with all the Fortnite products, it earns the makers Epic Games, approximately 220 million US dollars per month. The popularity of the game has been spread via social media platforms and enhanced by unofficial endorsements by numerous celebrities. It is being described as a phenomenon and its popularity isn’t about to slow down just yet.

Why is Fortnite Battle Royale so popular with children?

Put simply, it is an easily accessible and fun game that is free. The characters are cartoonish, humorous and the emphasis is on fun. A  shoot-‘em-up survival strategy game with lots of bad guys and zombie creatures to kill, that you can play with your mates. It is probably every young boys and many girls dream. One of the attractions is that children can play and socially interact with their peers. They can form teams with their friends and chat (via a headset and microphone) or text online as they play.  Epic Games have pitched it just right and routinely add new features and modes of play to hook their audience into returning. The games can also be very quick which makes it tempting to “just have another game”. There is even a facility to perform a variety of dance moves during the games and for teachers and parents reading, you may have noticed these at home or in the school playground without realising – anyone familiar with ‘The Floss’ or ‘The Best Mates ?

What age should you be to play it?

The Pan European Game Information (PEGI) classification system has given Fortnite a 12-year age rating. A PEGI 12 rating means: “Video games that show violence of a slightly more graphic nature towards fantasy characters or non-realistic violence towards human-like characters would fall in this age category. Sexual innuendo or sexual posturing can be present, while any bad language in this category must be mild. Gambling as it is normally carried out in real life in casinos or gambling halls can also be present (e.g. card games that in real life would be played for money)”.

WARNING – the PEGI rating for Fortnite covers the games content only, NOT the contact that a player has with other players.

How much will it cost?

Fortnite costs about £35 for the basic game download with various add on bundles available. Fortnite Battle Royale is free to play but has the function to purchase ‘add-ons’ which is where Epic Games makes their money. The game has its own currency (V-bucks) to allow players to purchase items within the game. For example, to purchase and download 1000 V-bucks will cost £7.99 and they only last a limited time.  There is also the function to move quickly through the various tiers of the game, if you pay.

What are the dangers to young people?

Fortnite Battle Royale is an online game. Therefore, undoubtedly the greatest threat to a childs safety, is their potential exposure to online predators. That may sound dramatic, but we know that just in the Metropolitan Police area alone, online grooming has risen by 700% since 2014. It is therefore vital that parents, carers and safeguarding professionals know the dangers that Fortnite might pose, although it is not just Fortnite, but also the vast majority of online games.

Online Grooming –  who are your children playing with? Fortnite is a ‘Massive Multiplayer Online’ (MMO) game with over 40 million players online. It goes without saying that there is a high probability that a child will come across people with a variety of views and opinions. People with a disturbing, extremist and hateful views. People that use inappropriate and abusive language. People with a sexual interest in children. Whilst children can add friends if they have an account, you cannot generally select who you are playing against.

Look at it this way – would you drop your child off unsupervised , at a house for a couple of hours, with 99 other people of various ages (many adult), that you have never met before and don’t know anything about? Remember our warning earlier – whilst the PEGI rating for this game is 12 years old, it does not relate to the chat element of the game.

Violent Content –  the violence and animation in Fortnite Battle Royale is cartoonish in nature, non-bloody, does not show graphic violence and is not littered with corpses. Whilst some reviews describe Battle Royale as having no disturbing content, the concept of the game is to kill other players characters, using a variety of weapons, firearms, axes and knives. When a character sustains a gunshot there is no gore , but instead a number appears from their body to indicate how much damage the character has sustained. Killed characters disappear.

Personal Information – to play Fortnite you must create an account, which means you have to supply some personal information. In the last few months there have been many examples of social media platforms secretly tracking children’s browsing habits to target them with advertising. Whilst this doesn’t necessarily apply to online gaming, parents or carers should be aware that any personal information provided by a young person, is susceptible to being sold onto companies who will then target their interests.

Hidden Costs – whilst Fortnite Battle Royale is free to play, there is a temptation to progress through the game by purchasing add-on packs, which will allow them to access different items, experiences and weapons. Whilst these are not necessary to play, the game will automatically show prompts which will allow players to purchase those extras if they want to. The additional packs are not crucial to success in the game, but there may be peer pressure to obtain the latest and best in-game goods. If you were to purchase all the add-ons, the bill would come to £120.

Addictive in nature? – of course it is. Battle Royale has been specifically designed so that players will want to play as long as they can, returning again and again. It is after all why the makers have made it free to use. There is a real chance that children will want to spend hours playing this game and resist attempts by parents or carers to get them to put the game down. If a child you care about has an obsessive nature, then any video game can become addicitve. When not playing the game, children are liable to want to discuss characters, scenarios and the latest game they played. This may well disrupt other healthy activities, school or homework.

How can children play safely?

The internet is a powerful tool that used wisely , can educate and help develop children and young people’s skills and opportunities. This includes online gaming. Removing all online access is not the answer and we are way past that train of thought. Battle Royale like other online games, can provide young people with opportunities to socially interact with people across the world, develop creativity (building mode) and have fun with friends and family. There are plenty of families out there, who play the game as a family event. The key to allowing children to play online games safely, is knowledge and supervision by a parent or carer.

Get involved, be intrusive and make sure you follow these tips:

Still unsure and want to take a look at what the game looks like? Common Sense media have produce a quick video review which you can find here.