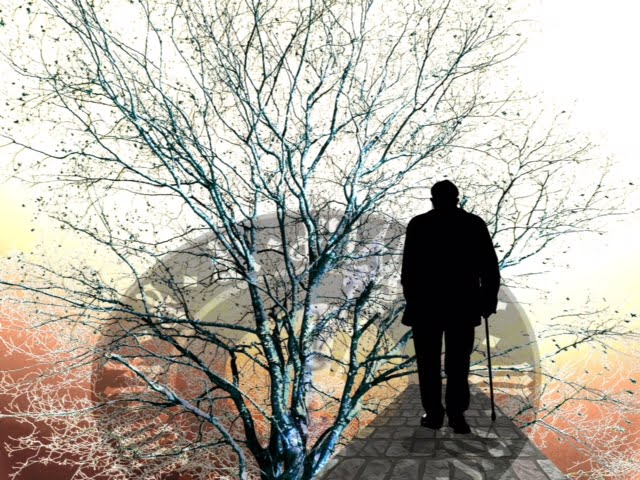 In the last 5 years we have without doubt seen a significant increase in missing episodes involving people living with dementia.

Dementia is a term used to describe the symptoms that occur when the brain is affected by specific diseases and conditions. It describes a loss of mental ability severe enough to interfere with normal activities of daily living. There are over 100 different types of dementia. Around 95% of people with a diagnosis will have one of the four main types:

According to the Alzheimer’s Society there are:

Whilst the chance of developing dementia increases significantly with age, in the UK there are still an estimated 40,000 people who are under 65 who have dementia. There are numerous documented cases of people being diagnosed from their mid-forties onwards.

Many people with dementia feel a strong desire to walk, whether it is within their own home or further afield. In some people, walking is a huge part of their day. For example, one of my close female relatives has Frontotemporal dementia with a further diagnosis of schizophrenia. We, her family believe that she has had her schizophrenia for over 30 years and that she became an avid walker because of it. The family feel that it was her way of coping with the voices that has she lived with for so long. She now resides in a residential care setting and is only well enough to visit the garden area within the grounds. However, her walking hasn’t ceased; on the contrary it has intensified courtesy of the home’s very long main corridor. It is often difficult for staff to get her into bed and her walking has sometimes led to problems, including painful sores where she constantly rubs along the corridor handrail, and falling is a constant worry. However, not only is not feasible to deter her from walking, it would also be inhumane to prevent her doing so.

The reason a person will walk is often unique to the individual. Possible reasons for walking may include:

It is estimated that up to 60% of people with dementia will walk further than their home during the course of their disease.

Walking can be beneficial, often relieving boredom, stress and giving the person a real sense of purpose and independence. Therefore, it is extremely important that the person walks freely and unsupervised for however long it is safe to do so. To prevent them, may well remove the sense of freedom and dignity that walking gives them. Nevertheless, for loved ones and carers, allowing a person with dementia to leave a safe and secure environment unsupervised can be challenging and often presents a difficult dilemma. How do you weigh a person’s quality of life against risk? When does walking unsupervised become dangerous and too risky?

Wandering – When walking turns to wandering

Wandering is frequently used to describe a broad set of behaviours that may raise concerns that a person’s unsupervised walking needs to be risk assessed. This doesn’t mean that at the first sign a person is ‘wandering’, there is a need to bolt the doors, lock the windows and prevent a person leaving their home. It simply means it may be time to risk assess. In fact, whilst the term wandering is commonly used, it is somewhat misleading, giving the impression that the walking is aimless, when in fact it can be very purposeful.

People with dementia often believe they are looking for something (e.g. a familiar place, a familiar person, something to eat); or think they need to fulfil former obligations (e.g. work). This results in goal-driven wandering which is industrious and purposeful, where the person is searching for something or someone such as a relative, home, place of work or a particular object. Others may engage in random wandering which can sometimes have no real purpose, or where they are attracted by something which initially takes their interest, but can become quickly distracted to another purpose or stimulus.

The signs of wandering can include:

Risk assessing and safeguarding people that wander is not an exact science and will need careful consideration. Striking a balance between preserving a person’s independence and ensuring their safety will be dependent on a number of factors. These will include:

People who wander are inevitably at risk of getting lost, whether their walking is goal driven or not. A person with dementia can be particularly vulnerable. They can quickly become disorientated, confused and unable to navigate properly. This will undoubtedly lead to anxiety, fear and potentially panic. Once lost, they are in danger of injury and even death from falls, accidents, exposure or lack of nutrition and fluids. Often acute medical conditions associated with some dementia’s compound the likelihood of serious negative outcomes. Missing people with dementia have been located lying in open land, fields, golf courses, woods, ditches and bushes where they have fallen over and not been able to get back up. For those people who end up walking away from roadways and tracks, there is a tendency for them to be directed by natural barriers. For example, if they come up against a fence, wall or thick hedge, they are likely to follow the barrier in one direction or the other, rather than go over it. However, a missing person can attempt to cross these barriers if something specifically attracts them or they are goal-driven in a particular direction. Due to their often elderly/frail condition, many of those who attempt to cross fences or ditches may become stuck or entangled.

There is also a propensity for many to confuse a gap or a break in a natural path and divert through that gap. This is particularly dangerous as many will not be places that you and I would see as natural paths e.g. narrow paths behind houses, building sites, breaks in treelines, animal tracks. For those with severe dementia, the street they find themselves walking on can become like a ‘racing track’, whereby they follow the road or track wherever it leads them. They often won’t stop, won’t turn around and will continue until they get stuck. It is also thought that many will not cry out for help or respond to shouts.

Police search experience has shown that those people who are strongly goal driven wanderers are often traced at locations which coincide with an invisible line drawn between the place missing from and the particular goal they are heading for. They may set off with one thing on their mind (tunnel vision) but may become easily distracted by something they see or hear. There is also a theory that many people can have their direction changed for them, particularly in crowded places where they are nudged by other pedestrians, known crudely as ‘pinballing’.

The severity of the dementia can have an influence on where a person might go. Those with severe dementia are most likely to be found in locations indicative of random wandering. This is the case regardless of whether they believe their motivation for wandering is random or goal-driven as they can experience a high degree of delusion. While the medical profession classify dementia into 1 of 3 categories – mild, medium or severe, police search advisors tend to base their response around a much simpler classification of mild or severe. Some characteristics of mild and severe are:

Regardless of the severity, a person with dementia who goes missing should immediately be reported to police. The longer they are missing the greater the risk that they will come to harm. In most cases, someone with advanced dementia is likely to be treated as a high risk missing person.

Check out our article on the Herbert protocol