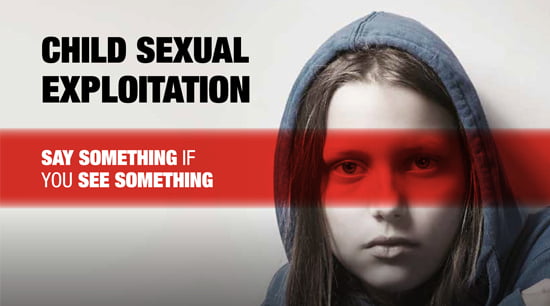 Earlier this month police officers from the Metropolitan Police Service worked with teenage police cadets to raise awareness of child sexual exploitation (CSE) within the hotel industry. Hotels and Bed & Breakfasts are regularly used as by perpetrators for the purposes of meeting, grooming and ultimately abusing young people. In scenarios intended to raise concern amongst hotel reception staff, older officers posed as potential abusers, attempting to book rooms whilst accompanied by the young cadets. Often, they would refuse to show identification and attempt to pay by cash, whilst the cadets openly carried bottles of alcohol.

The objective of this initiative was to test how hotel workers spot and react to potential grooming scenarios. Would they would refuse to rent the room and alert the police? Many of the hotels had already received CSE awareness training under the Met’s Operation MakeSafe programme. Whilst undoubtedly a test, the aim was not to blame or accuse those hotels who didn’t do well but focused on reinforcing awareness and providing refresher training to those hotels that needed it. The hotel tranche of MakeSafe, provides hotel staff with training on how to spot the signs of child sexual exploitation and also advises managers on simple methods to improve security around CSE e.g. age verification checks, keeping incident logs and ensuring CCTV is maintained.

For hoteliers it is important that they work with the police to raise awareness amongst their staff to prevent CSE. Concern’s around the use of hotels have been around for many years and were reflected in the Anti-Social Behaviour, Crime and Policing Act 2014. Sections 116 to 118 of this act allow an officer of at least the rank of Inspector to issue a written notice to the owner, operator or manager of a hotel or similar establishment, when the officer reasonably believes the hotel has been or will be used for CSE or related activities. Once the notice has been issued it a requirement on the hotel to provide information to the police when requested to do so, including guests names and addresses and other information e.g. ages of guests  This information can be used by the police as evidence of an offence or for intelligence purposes such as identifying potential abusers.

The same act also gives the police or local authority the power to issue a Closure Notice on premises (business or residential) which are being used, or likely to be used, for causing nuisance to members of the public. This includes CSE related activity. An initial closure notice shuts down premises for 48 hours, thereafter any further closure would require an application to the Magistrates Court for an extended closure notice which, if granted could ensure the premises are closed for up to a further 3 months. A similar power exists under the Sexual Offences Act 2003 where the police can issue a closure notice if an officer not under the rank of Superintendent has reasonable grounds for believing that the premises have been used for activities relating to child sexual exploitation offences. A full closure order has to be applied for, to a Magistrates court, within 48 hours.

Hotels that turn a blind eye to CSE may also be breaching the Licensing Act and Health and Safety legislation. They have a duty under both to protect children from harm. The other big incentive for hotels is to avoid the negative media coverage which would undoubtedly follow any form of enforcement.

The Met’s initiative ran in several London boroughs and also within the City of London police area. Whilst on this occasion the emphasis was on Hotels, Operation MakeSafe has a far wider aim, dealing with many other business areas where child sexual exploitation has historically been prevalent.

First introduced in South Yorkshire, Operation MakeSafe is not just a London based programme and exists in other police areas. It is a proactive initiative to empower businesses who may encounter instances of child sexual exploitation. These include care homes, hotels, fast food restaurants, taxis, transport hubs and licensed premises. The aim is to deliver awareness training to those who work in these sectors, so they are able to recognise the signs of CSE, identify potential victims and take the necessary action to report their concerns. Importantly it provides them with the confidence to follow up on that “gut feeling”, situations where they think something is wrong or suspicious, but previously wouldn’t have necessarily done anything about. They are encouraged to tell police by calling 101 or in an emergency 999 and quote “Operation MakeSafe”. Call handlers in police control centres are trained to obtain the relevant information and direct the response accordingly. Whilst known as MakeSafe in some areas, there may be regional name changes in some police areas.

See our CSE – Hotels Factsheet for more information on spotting the signs of child sexual exploitation.