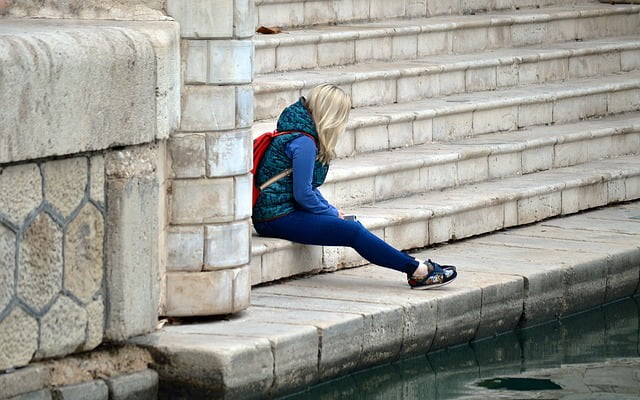 Wise up – don’t use ‘streetwise’

Capturing data on missing people in the UK is notoriously difficult due to the varying systems used to record missing incidents. The current figure is believed to be in excess of 250,000 missing person reports generated nationally each year. Children account for approximately 60% of that number, whilst the number of people going missing more than once is near to 45%. The national definition of a repeat missing person is someone who has been missing on three occasions in a rolling 3-month period. In many big cities a small number of children account for a disproportionate number of repeat missing episodes. We have dealt with numerous cases where a child has been reported missing, in excess of twenty times in a calendar month.

It is sad to say that amongst safeguarding professionals repeat missing episodes by a child can often lead to a misguided view that there is little risk because they are “streetwise and able to look after themselves”. This is particularly relevant to the police but is also present in social care and those in care provision. We have touched on attitudes and the use of language in our previous articles, most recently in our post ‘Missing Children – Risk Management’. There we talked about perceptions in risk assessments. This brief article expands a little further on the theme of inappropriate views and language, and how that can have a detrimental impact on the wellbeing of the child (and adults).

How we view and stereotype certain children can significantly impact on our safeguarding response. Generally, this will mean that the child doesn’t get the support and interventions that just might make a difference, turn the child’s life around and prevent future harm. In rare cases stereotypical attitudes can have devastating consequences. One of the worst examples we are aware of is the 1996 disappearances of friends, Patrick Warren and David Spencer. On Boxing Day both boys left their homes in Chelmsley Wood, Solihull and spent the day playing together. 11-year old Patrick took with him his new bike, a Christmas present he had received the day before. 13-year old David was on foot. They spent most of the day on their estate, before David popped home just before midnight and told his mother that he was going to spend the night at Patrick’s brother’s home, a short distance away. The two boys didn’t make their way to the brother’s house, but instead stayed out longer. At around 12.45am they visited a petrol station where they purchased a packet of biscuits. After leaving the forecourt, they were never seen again.

The type of language used back in 1996 to describe Patrick and David were terms like ‘tearaways’, and ‘lovable rogues’. They were known for getting into a bit of bother but nothing serious. David had been excluded from mainstream school and there appears to be a view that because he had done a bit of boxing and was quite an aggressive kid, he was able to ‘look after himself’. In an article in 2016 by the BBC – ‘Patrick Warren and David Spencer: The mystery of the Milk Carton Kids’, a former teacher at David’s school talks about how he had “had quite a presence” and when he didn’t turn up, they (the staff) were surprised because “he was one of the most streetwise pupils we had at the time.” The BBC article covers David and Patrick’s disappearance in detail. One of the main points is it raises, is that some of the community where the boys lived also shared the same view as the school, that the boys were streetwise.

A 1997 unrelated article in the Independent – ‘How streetwise can a nine-year old be?’, is still relevant today. The reporter Paul Vallely suggests that in missing children cases, the press, media and police are often influenced by the background and class of the child. He highlights several high-profile criminal cases to make his point, including the 1993 murder of 2-year old James Bulger. In that case one of the killers, 10-year old Robert Thompson was described as “very streetwise”. Vallely suggests that with “streetwise children, it would appear that we are somehow absolved of the responsibility to care deeply”. In the article there is an interesting quote from the founder of the anti-bullying charity Kidscape, suggesting that “Streetwise has come to mean the opposite of innocent”, that to label children with this term suggests they are more capable and have abilities “far beyond their age”.

It would be unfair for us to comment on the 1996 investigation to trace Patrick and David, but what is clear is that this belief that the boys were streetwise, also extended to the police. They formed a mindset that the boys were deliberately staying away, that they were runaways. The BBC article suggests that this stereotypical view stemmed from the boys’ background, a poor council estate. A quote from Criminologist Professor David Wilson states the boys were “made out to be much more adult”, that “there was a sense that they weren’t really children, when in fact they were”.

There is also a brief interview with Detective Chief Inspector (DCI) Caroline Marsh, the lead officer in 2016. DCI Marsh acknowledges in some part, that the boys were treated as ‘streetwise’, suggesting the police have moved on significantly and that streetwise is a term that is now seen as a vulnerability. The DCI also points out that if this case were to happen today, then the response would have been wholly different. There is no doubt that this would be the case, for major resources are now ploughed into missing person enquires and we would like to think that two boys going missing in these circumstances would draw a significant response from both the police and media. However, we are less convinced around the suggestion that the use of streetwise now signals vulnerability. Whilst there have been great strides forward, unfortunately the stereotypical view of a streetwise child still remains.

In 2014 Her Majesty’s Inspectorate of Constabulary (HMIC) began a ‘National Child Protection Inspection’ of all forces in England and Wales. The aim was to assess the effectiveness of each force on their ability to safeguard children at risk. For most forces the initial results didn’t make particularly good reading. Results published in 2016 by the HMIC identified that some missing children were being risk assessed, based on an assumption that they were streetwise and therefore able to fend and look after themselves. This is the same view held about Patrick and David, twenty years earlier in 1996.

Repeat missing children cases often have a negative impact on the approach of police and social care. From a police point of view, it leads to a lot of frustration when dealing with the same child on an almost nightly basis, whilst social care struggle to put in place interventions to prevent repeat missing incidents. There is a danger that missing people reports of this type become just an administrative process, with little done to locate the child or put in place a problem-solving plan to prevent further missing incidents.

Regrettably the word streetwise is just one of several terms used to validate some form of inaction. The user is signalling that they consider the missing person to be less vulnerable than others. It is often relied on as a rationale as to why resources have been diverted away to other areas of the users workload. Even better if a child has previously been in trouble. This often becomes a way of validating the use of the term, when in fact previous criminality should heighten the risk. It signals that the child is a risk taker and therefore more likely to put themselves in dangerous situation.

Whatever your agency, this type of approach and mindset can have tragic consequences. It will undoubtedly mean that somewhere in the missing process, something was not done or there was less urgency around your response, because you considered the person a lower risk. Professionals who use this type of language may well face serious questions in a serious case review or even a criminal trial.