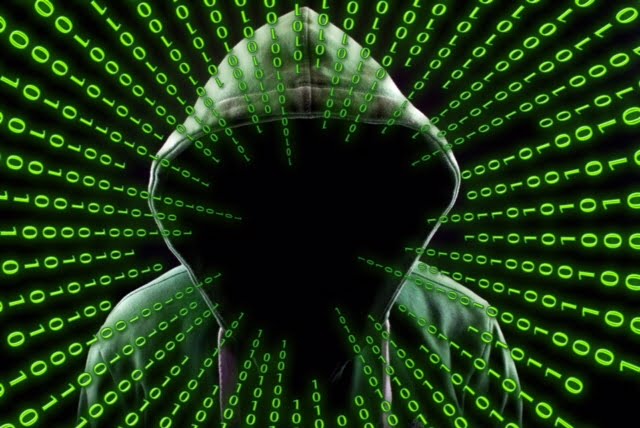 Welcome back to our Online Safety blog. We had always intended our second ’Online Safety’ post to be about Sexting. However, the launch of the website comes in anti-bullying week, which runs between 13th and 17th November. Therefore, we have jiggled things around and instead we take a look at Cyberbullying. Details of anti-bullying week can be found at:

What is Cyber Bullying?

We feel that a good description of Cyberbullying is one adopted by the US Federal Government who define it as “bullying that takes place using electronic technology. Electronic technology includes devices and equipment such as cell phones (mobile phones), computers, and tablets as well as communication tools including social media sites, text messages, chat, and websites”.

The UK Government defines bullying involving children as: “unwanted, aggressive behaviour among school aged children that involves a real or perceived power imbalance. The behaviour is repeated, or has the potential to be repeated, over time. Children who are bullied or who bully others may have serious, lasting problems”. Ofsted defines bullying as: “behaviour by an individual or group, repeated over time, that intentionally hurts another individual or group either physically or emotionally”.

For many young people, social networking is all about kudos, how many friends, comments and likes they can obtain.  When they begin to experience threatening, harassing and embarrassing posts their world can come crashing down. Children who are bullied are more likely to experience psychological issues that can lead to depression, anxiety and thoughts of self-harm and suicide. There is no doubt that the experience of cyberbullying and the presence of social media has influenced some children to take their own lives.

For the perpetrator, cyberbullying offers a far easier opportunity than bullying face to face. It allows them to hide online anonymously or behind avatars, sending emails, messages and posting on the victim’s media sites. With face to face bullying, the victim is not always accessible. However, the opportunity for the cyberbully is always present – 24/7 (highlighted in the case study below). Posts and messages can be distributed with ease to a wide audience. Tracing the source of the bullying can be difficult and social media platforms such as anonymous conversational apps, make it easier for bullies to hide and prosper.

Jessica Cleland was a 19-year-old young woman from Victoria, Australia. On 19th April 2014 (Easter Saturday) she tragically took her own life. Jessica had been a victim of cyberbullying and the night before her death had been subjected to many Facebook messages from two teenage boys, whom she considered were her friends. Jessica’s family said that prior to her death she had shown no signs of depression or indicators that she would end her life. Following her death, they found 87 messages between Jessica and the bullies, in which they had made numerous hateful comments about her, whilst she had pleaded with them to stop. At the inquest into her death the Coroner highlighted the impact that social media might have on young people’s lives and said: “Easy access to the internet on her phone meant that she was exposed to potentially upsetting communications 24 hours a day; and she was able to return to, and re-read, the upsetting messages at a later time and therefore appears to have continued to ruminate about them.”

Examples of cyber bullying include:

This is a form of cyberbullying where the victim is accused of sexual promiscuity via various media platforms. Baiting has even involved young people being approached in shopping centres who are interviewed on video by the perpetrator, who asks them to identify and describe people they know, who they believe are sexually promiscuous. These videos are then posted online, in some cases to a wide audience using YouTube.

A troll is the common term for someone who posts nasty, angry, controversial, inflammatory or derogatory comments and messages online. This is normally carried out in a forum, chat room, or by blogging and sending emails. The web has opened up a safe haven for Troll’s. Anyone can hide behind their devices, false names, avatars and user names, spitting out their vitriol whilst knowing they are pretty safe from being identified and discovered.

The aim of the cyberbully will be to cause:

How can I support a young person who is a victim of cyberbullying?

Our view is that educating the young person to the dangers of cyberbullying is the way forward, combined with the need for the responsible adults to also have a good understanding of the issues of online safety. The manner in which you approach the young person will of course be dependent on your relationship with them, their history and personality. It may be helpful to identify the person they most relate to or respect.

Some signs that a young person is being bullied include:

Many of the principles that apply to general online protection also apply to cyberbullying:

What does the law say on Cyberbullying?

There is no bespoke cyberbullying law within the UK. However, there are a number of offences already in existing domestic law in England and Wales (similar in Scotland), that may constitute a criminal offence. The laws that may apply are:

Section 1 Malicious Communications Act 1988 – a person who sends an indecent or grossly offensive letter or article of any description, electronic or otherwise commits an offence.

Section 127 Communications Act 2003 – A person is guilty of an offence if he sends by means of a public electronic communications network (includes the Internet) a message or other matter that is grossly offensive or of an indecent, obscene or menacing character; or causes any such message or matter to be so sent.

Section 1 Computer Misuse Act 1990 – Unauthorised access to computer material. Causing a computer to perform any function with intent to secure access to any program or data held in any computer.

Section 3 Computer Misuse Act 1990 – Unauthorised acts with intent to impair, or with recklessness as to impairing, operation of computer, etc.

The Education Act 20111 also provides a power of search and seizure to teachers who may look at electronic devices and delete inappropriate images or data.

Defamation Act 2013 – whilst we mention this, in our view it is not really intended for online cyberbullying.

Where can I find more information?

Some useful websites include:

http://www.antibullyingpro.com  –  a site run by The Diana Award’s Anti-Bullying Campaign which provides a number of different projects aimed at reducing bullying in schools. One of their main projects is the Anti-Bullying Ambassadors programme which has trained over 24,000 young people across the UK to lead on anti-bullying campaigns in their schools.

http://www.bullying.co.uk – part of the Family Lives website, a charity that works to transform the lives of families and support parents.

https://www.kidscape.org.uk – charity whose vision is that all children grow up in a world free of bullying and harm.

https://www.anti-bullyingalliance.org.uk – The Anti-Bullying Alliance is a coalition of organisations and individuals that are united against bullying.

https://respectme.org.uk – a Scottish charity devoted to ensuring that children in Scotland live free from bullying and harassment and are encouraged to reach their full potential.