Is it any wonder police treat sex attack victims so badly with abusers and murderers on the force? 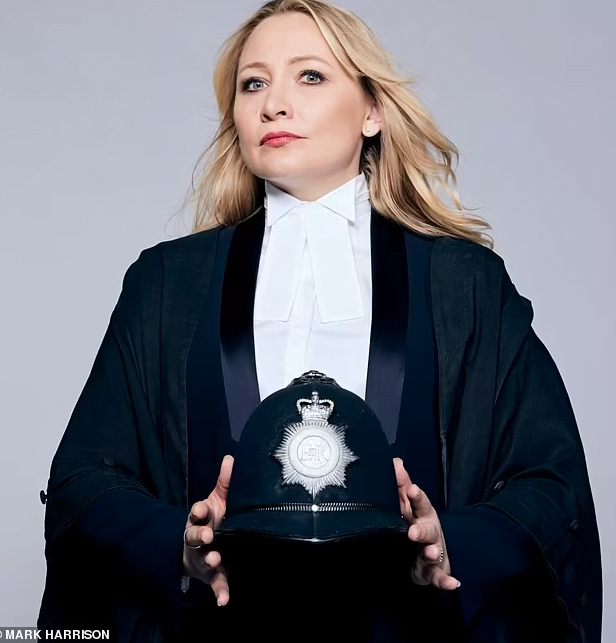 Is it any wonder police treat sex attack victims so badly with abusers, rapists and murderers on the force? A devastating new book by top barrister Harriet Johnson A top barrister’s damming new book reveals that victims are routinely ridiculed, disbelieved and denied justice Harriet Johnson says that in her experience the lack of consequence for officers who cross the line is simply part of the pattern She questions how, against this background, can we expect women to come forward to tell police they’ve been raped?

Every day, it seems, comes another sorry tale illustrating the many and varied ways in which the Metropolitan Police have let women down.

The latest involves the strip search at a London school of a 15-year-old black girl who was on her period, an incident so disturbing you can scarcely believe it happened.

But, in my view, women have long been betrayed by these misogynistic attitudes. As a barrister, a significant part of my work involves trying to help women who have been subjected to serious violence and found the police unwilling to do anything about it.

Recently, I acted for the parents of Shana Grice, 19, who was murdered by her ex-boyfriend after police ignored her complaints of stalking. When a new case comes in to me, it usually involves a cover letter from the solicitor who has hired me, giving a summary of the facts. For most, the first pages are eerily similar.

They start with an account of the attack suffered: the abuse, domestic violence and, usually, rape.

Halfway down the page, it details how the woman in question went to the police and told them what had happened.

WAYNE COUZENS: The 48-year-old married father of two was a serving police officer with the Met when he kidnapped, raped and murdered Sarah Everard in March 2021. He was jailed for life last October, and is now facing four further charges of indecent exposure

By the bottom of the page, she has been told there is nothing the police can do. Whether for lack of forensic evidence, or the simple fact the police do not deem her to be believable, they cannot proceed with a prosecution.

IAN NAUDE: The 33-year-old met one 13-year-old victim when called to an incident at her home in October 2017. He raped her in his car and filmed the attack on his phone. Convicted of rape and sexual assault, alongside 30 other offences, involving at least six victims, he was jailed for 25 years in December 2018

By definition, the cases I’ve seen over the 12 years since I was called to the bar don’t involve the many police officers who do an excellent job supporting a rape victim through the justice system to get a conviction at court.

Read the full article from Mail Online on the link below:

Source: Is it any wonder police treat sex attack victims so badly with abusers and murderers on the force?