Honour Based Abuse – The Facts 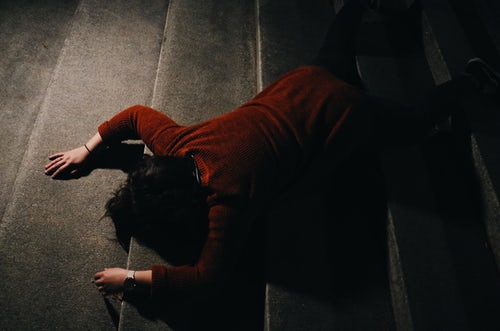 What is Honour Based Abuse?

HBA is a broad umbrella term used to describe a combination of practices used principally to control and punish the behaviour of a member of a family or social group, in order to protect perceived cultural and religious beliefs in the name of ‘honour’. Although predominantly associated with women and girls, male members of a family can also be victims. Violence and abuse may occur when it is felt that an individual’s behaviour has broken the ‘honour code’, bringing disgrace to their family or social group. Perpetrators will feel that they need to restore their loss of face and standing within their community. There is often an element of approval and social acceptance from other family members and the community.

There is no statutory definition of Honour Based Abuse (HBA).  However, the National Police Chief Council (NPCC) have provided guidance and a definition to Police Forces:

‘an incident or crime involving violence, threats of violence, intimidation, coercion or abuse (including psychological, physical, sexual, financial or emotional abuse), which has or may have been committed to protect or defend the honour of an individual, family and or community for alleged or perceived breaches of the family and / or community’s code of behaviour’.

Where does it originate?

HBA is a custom deep rooted in certain communities where the family or group is considered foremost rather than an individual. Many different societies believe in the honour code. It is most prevalent in cultures originating from South Asia, Africa and the Middle East with the highest victim group being Asian females. A phrase often quoted when referring to Honour Based abuse is: “there is no ‘honour’ in the commission of murder, rape, kidnap and the many other acts”.

What about the UK?

Because HBA is a hidden crime with victims often unable or unwilling to come forward,  it is difficult to estimate how many crimes take place yearly in the UK. HBA crimes are broad, ranging from threats and intimidation through to kidnap and murder. Worldwide it is estimated that there are 5000 honour killings a year. In the UK, it is believed that figure is approximately 10 to 15 murders a year.  However, the true figure could be much higher when considering that some may be commissioned or planned in the UK, but the act is committed abroad. The prompt for an honour killing can often be trivial, the merest hint that the victim has been immoral and therefore brought shame on the family. They are often premeditated, a conspiracy with the shared belief that the victim must be killed. They can involve various members of the family, from the old to the very young. Police investigators should also keep an open mind when attending suicides where there may be elements of honour apparent within the family. In some cultures, ‘forced suicide’ is used as a substitute for a honor killing. When an honour crime has been committed, the community will often close ranks to protect the perpetrators. This may include, hiding those responsible, arranging for them to leave the UK, or providing false alibi’s.

HBA Crime types can include:

Professionals should be aware of the many different triggers for HBA. Although some triggers can be significant ‘life events’ such as divorce or adultery, HBA is often prompted by what the general populous would view as insignificant and trivial behaviour, much of it associated with young people growing. Examples can be: forming friendships, discovering their own sexuality and exploring a broader and more liberal ‘westernised’ lifestyle. Below are some events/behaviours that may trigger HBA.

Signs to look for

In the second article, we will look at the safeguarding response and the considerations for professionals when interaction with a victim of HBA.