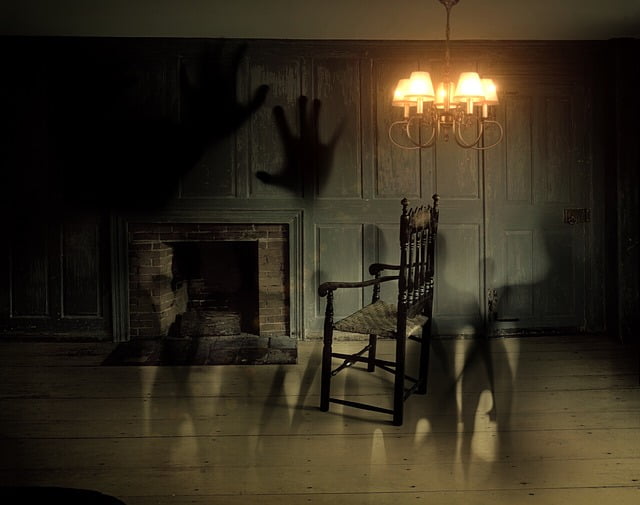 In October last year, the UK media became consumed with a ‘Strictly Come Dancing’ mini scandal, when comedian Seann Walsh was photographed kissing his dance partner Katya Jones on a night out.  At the time Walsh was in a long-term relationship with partner Rebecca Humphries. In the media scrum that followed, Walsh split with Humphries, who subsequently penned an open letter on Twitter to put forward her side of the story. Rebecca described how Walsh’s actions over a short period of time had roused her suspicions that he was having an affair with Ms Jones. When she asked him about this, he not only denied it, but repeatedly called her nuts, a psycho and mental. Rebecca’s tweet reached a wide audience and some women’s charities criticised Walsh for putting her through a form of psychological abuse known as ‘gaslighting’. For a brief moment, the serious issue of gaslighting was given some prominence, before the media quickly moved on to whether Walsh would be voted off the show the following week.

A few weeks later in December, gaslighting again hit the headlines, but sadly this time because the victim had been murdered. The BBC reported that Epping Forest Community Safety partnership had published a Domestic Homicide Review relating to the murder of 35-year old Maria Byrne. Whilst the report was anonymised, the BBC were confident that it related to Maria’s death. This had occurred in February 2016, when Maria’s 40-year old husband Darren Byrne, killed her at their home in Theydon Bois, Essex. He fatally hit Maria over the head before dousing her body in white spirit and turning on a gas hob hoping that her body would catch on fire. His plan failed and he then called the ambulance service fabricating a story about how his wife had had an accident and been burnt. After a post-mortem identified the presence of the white spirit on Maria’s body, a homicide enquiry began. In December that year Byrne was found guilty of murder and given a life sentence.

According to the BBC, the review found that Maria’s family believed that she had been the victim of gaslighting. After her murder, her family reflected on Maria’s relationship with Byrne and concluded that he had psychologically controlled Maria. They cited examples where she had to treat him as her priority and how she was unable to go out and have a social life. They also gave an example of where he deliberately made her fear for her life.

Gaslighting means a form pf psychological manipulation and abuse in which the perpetrator makes his or her partner question and doubt their own perceptions, memory, judgement and sanity. Whilst it usually occurs in a domestic setting and against one person, it can be directed at individual members of a particular group. In a domestic relationship it is a manipulation tactic used to gain power and can amount to coercive and controlling behaviour. It is a highly effective form of emotional domestic abuse.

Where does the term originate from?

The term originates from the 1944 film Gaslight, starring Ingrid Bergman and based on the 1938 play Gas Light. In the film a husband manipulates his wife to the point where she thinks she is going insane. Bergman plays Paula, who meets a man called Gregory Anton and after a 2-week whirlwind romance they marry. He then begins to take control, firstly isolating her from her friends and moving her to her vacant Aunts house in London. He systematically begins to torment her by removing and hiding property from the house. He implies that she is responsible and suggests she has been stealing the items because she is having a nervous breakdown. At one stage he claims his watch has been stolen and plants it in her handbag, where she later discovers it. She starts to doubt her own sanity because he is so convincing, and she has no knowledge of having taken any of the items.

Gregory isolates further by not allowing her to go out or have visitors. This he tells her, is for her ‘own good’ and she starts to believe he is right. She also begins to hear footsteps from the attic and witnesses the gaslights dimming and brightening for no apparent reason. Gregory is responsible, but when she questions what she is seeing and hearing, he tells her she is delusional, acting irregularly and persuading her that it is all in her imagination, that she is in fact going mad. His aim is to have her certified as insane, institutionalised and then take over her affairs. Whilst the sub-plot involves the murder of her aunt, the film is really about the systematic psychological manipulation that Gregory puts Paula through.

How does it work?

The aim of the abuser is to gain complete power and control over the victim’s emotions and thoughts.  To achieve this, they will subtlety erode the victim’s self-esteem by making them doubt their own thoughts and feelings until they become utterly dependent on the abuser. Many examples mirror the ‘Narcissistic Cycle of Abuse’, of which there are three stages – idealisation, devaluation and discard.

The start of the relationship is likely to be a rapid and intense, potentially a whirlwind romance. The victim will be carried along on the excitement and thrill of the relationship, whilst the abuser will put the victim on a pedestal, portraying themselves as the perfect catch.

The abuser will cease the adoration of the victim, employing psychological and emotional tactics to devalue and destabilise them. The victim will be made to feel like they cannot do anything right, questioning their own self-worth and behaviour.

The tactics of an abuser may vary, but they will tend to be subtle, insidious and constant. They can include:

Is gaslighting a criminal offence?

Section 76 of the Serious Crime Act 2015 created a new offence of controlling or coercive behaviour, in an intimate or family relationship. A person commits an offence if they repeatedly or continuously engage in behaviour towards another person, that is controlling or coercive; and at time of the behaviour, they are personally connected. The behaviour has to have a serious effect on the other person (victim), and the abuser knows or ought to that their behaviour will have a serious effect on the victim.

The Government defines coercive and controlling behaviour as:

Coercive – behaviour which is an act or a pattern of acts of assault, threats, humiliation and intimidation or other abuse that is used to harm, punish, or frighten their victim

Controlling – behaviour which is a range of acts designed to make a person subordinate and/or dependent by isolating them from sources of support, exploiting their resources and capacities for personal gain, depriving them of the means needed for independence, resistance and escape and regulating their everyday behaviour

Serious effect is proven by: if the victim fears, on at least two occasions, that violence will be used against them; or if it causes the victim serious alarm or distress which has a substantial adverse effect on their day-to-day activities. The behaviour must occur repeatedly or ‘continuously.

The CPS guidance provides examples of what ‘substantial adverse effect on the victim’s usual day-to-day activities’ might amount to:

A person convicted of this offence can face up to 5-years imprisonment.