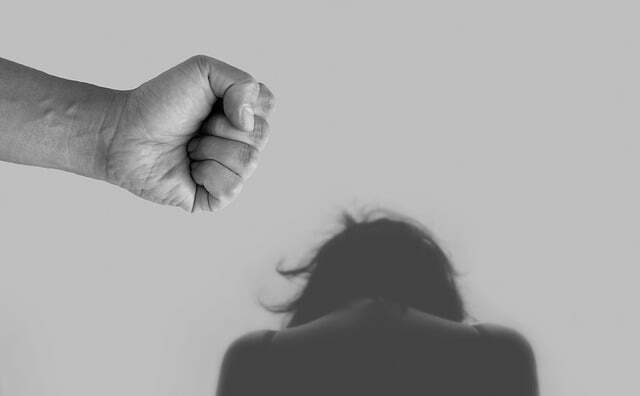 Safeguarding Hub ‘guides to useful resources’ provide a brief oversight of the subject matter, combined with a selection of handpicked links and documents, all aimed to provide a complete package of knowledge for the safeguarding professional. We aim to keep them refreshed every six months, but if you become aware of any broken links, please email us and let us know.

Sections 24 to 33 of the Crime and Security Act 2010 provide police and the court with Domestic Violence Protection Notices (DVPNs) and Domestic Violence Protective Orders (DVPOs). These are preventive options intended to keep victims of domestic abuse safe by providing them with a temporary period of respite from the perpetrator. This affords the victim ‘breathing space’ and allows support agencies to offer fast time support without any intrusion from the perpetrator.

What is a DVPN?

A DVPN is a notice served by the police on a person, where there is a reasonable belief that the person has been violent or has threatened violence against a victim and the victim needs to be protected from that person. A DVPN cannot be issued to a person under 18 years.

Once served, a DVPN is in place for up to 48 hours.

What is a DVPO?

A DVPO is an order granted by a Magistrates Court following the issuing of a DVPN by the police. Within 48 hours of serving a DVPN on a person, police are required to attend a Magistrates' court with the DVPN and ask the court to consider whether it should be converted to a DVPO. Before granting the order, a Court needs to be satisfied on the balance of probabilities that the perpetrator has been violent towards, or has threatened violence towards the victim; and a DVPO is necessary to protect that person from violence or a threat of violence by the perpetrator.  If the court issue the order, then it can last a minimum of 14 days to a maximum of 28 days. A DVPO can contain the same or different prohibitions than that of the DVPN.

How is a DVPO obtained?

The issuing of a DVPO by the court is a two-part process.

Part 1 – Police issue a DVPN when they have reasonable grounds to believe that one person has been violent or threatened violence against another, and the DVPN is necessary to protect the other person from violence or the threat of violence. The person being protected must be ‘associated’ to the person who has used or threatened violence. Association is covered by the s62 of the Family Law Act 1996 and includes:

The DVPN has to be authorised by an officer of superintendent rank or above. It becomes effective immediately after it is served on the perpetrator. Generally, they are served following an arrest and whilst the perpetrator is still in custody. However, police can serve them at a perpetrators home address or other place. There is no requirement for recipient to have been charged with a substantive criminal offence for a DVPN to be considered and issued.

Part 2 – within 48 hours of the DVPN being served (excluding Sundays and bank holidays), police must apply to a magistrates’ court for the DVPO. After hearing the evidence of the police, the court may issue a DVPO if they find that the victim requires continued protection from further violence or the threat of violence. The provisions of the DVPN will continue to apply, until the court has reached a decision on the DVPO, even where the court decides to adjourn the case to a further hearing. Once issued a DVPO cannot be revoked, varied or extended.

What part does the victim play?

Both DVPNs and DVPOs can be pursued without the consent and support of the victim, even when they raise objections. In effect the decision-making process is taken away from the victim to ensure that the cycle of abuse is broken, whilst removing any responsibility or pressure from the victim to take action against the perpetrator. There is also no requirement for the victim to attend court. However, every effort should be made to seek the victim’s support and keep them informed of the process. They should also be offered independent support e.g. an Independent Domestic Violence Advocate (IDVA).

The authorising officer should consider the following when reaching a decision to issue a DVPN:

The court must consider the same factors when reaching their decision for a DVPO.

What happens if a perpetrator breaches the DVPN?

A breach of a DVPN is not a criminal offence. Therefore a perpetrator cannot be charged with breaching the notice. Instead they should be arrested and at the earliest opportunity (within 24 hours) be brought before the magistrates’ court for the court to consider the application for the DVPO.

What happens if a perpetrator breaches the DVPO?

If a DVPO is breached, the perpetrator should be arrested and taken before the court within 24 hours (excluding Sundays and Bank Holidays). Where the court is not sitting the perpetrator will be kept in police custody until the next sitting. A breach will be treated as contempt of court. If found guilty, the court can order the perpetrator to pay a sum not exceeding £50 for every day during which he/she is in breach (up to a maximum fine of £5000), and/or remand the perpetrator to a term of imprisonment not exceeding two months. Again, there is no requirement for the victim to make a statement or go to court. Police provide the evidence of the breach.

DVPO -One year on – Home Office assessment of national roll-out– a 2015 (7-page) post-rollout report assessing DVPO’s a year after the national rollout.

Cambridgeshire DVPO Policy– whilst all police forces in England and Wales should have policies, we have chosen this one as a fairly good example of the police DVPO process. Please note, this is specific to Cambridgeshire and local processes will differ slightly between forces.

‘Being protected by a Domestic Violence Protection Notice or Order’– from West Mercia Police, an example of the various information sheets provided by police to domestic abuse victims/survivors, explaining the DVPO/DVPN process.

‘Information for Offenders’– from West Mercia and Warwickshire Police, an example of the various leaflets used by police to provide information to those who have been served with a DVPN/DVPO.

Link to the Government legislation webpage detailing Sections 24 to 31 of the Crime and Security Act 2010, detailing the official legislation for DVPN’s and DVPO’s.

For the Local Authority

Multi-Agency Guidance on DVPO and DVPN: a detailed document originating from Sussex Constabulary for multi-agency partners. Please note, this is specific to Sussex and local processes will differ slightly between local authority areas.