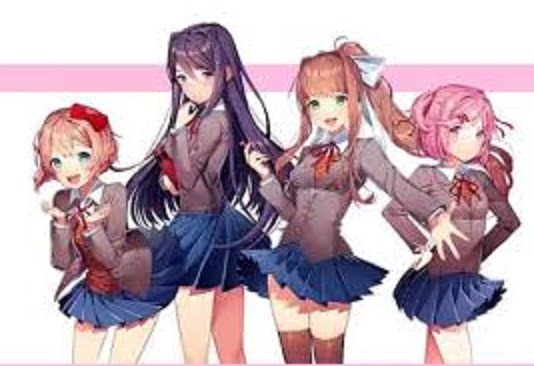 At the end of February 15-year old Ben Walmsley from Bury was found dead. The Coroner examining the circumstances of the death has issued a warning around an online game, that Ben was heavily involved with, at the time of his death. The game ‘Doki Doki Literature Club’ is a dark and disturbing ‘visual novel’. Ben’s death is still under investigation by the police on behalf of the Coroner and so it would be improper to speculate on both the cause of death and whether the game played a part. The inquest which had been due to held at the end of June , has been delayed to November to allow Bury safeguarding agencies to complete a serious case review. However, at a pre-inquest hearing on 27th June the Coroner was prompted to issue a warning about the psychological impact of the game, a warning that was also echoed by the police and Ben’s father who have also said that that the game poses a significant risk to children and young people. Ben’s father Darren Walmsley has said that he believes his son was “dragged” into the game.

The Coroner felt compelled to issue the alert to councils and schools, warning of the potential dangers the  game presents. Those concerns are that the game may trigger suicidal thoughts in young people, particularly  those who are emotionally vulnerable or have mental health problems. The reason for this, is that Doki Doki Literature Club is a psychological horror game with suicide at the heart of the gameplay.

What is Doki Doki Literature Club?

The game was released in September 2017 by US-based developer Team Salvato. It is an anime-style  video game described as a “visual novel”, initially giving the impression that it is a light-hearted dating game. However, it is in fact a dark psychological horror story. The story follows a boy high school student who joins the school’s Literature Club and then interacts with its four female members. He starts to take part in the club’s activities and as the game unfolds, one of the girls reveals she loves him and expresses this in poetry. However, she suffers from depression and eventually after she fails to answer his text messages, he goes to her house to find that she has hanged herself. The game then gets darker and darker, starting over, but his time without the girl and with more involvement from the other characters. At certain intervals in game play, the player is prompted to make decisions and complete tasks, which can affect how the story unfolds. Whilst the characters befriend the player, they turn nasty if the payer fails to do these tasks. The player follows the story and interacting with the characters by chatting and writing poems.

How can children play?

Doki Doki Literature Club is a downloadable computer game. The game is available through Microsoft Windows, macOS, the gaming host website itch.io and the digital distribution store ‘Steam’. It is also available via Freeware software. It is free to download and play, although you can purchase an in-play fan pack for £6.99.

The game has gained a cult following, being described as an “innovative horror”. Exactly how many downloads it has had is unknown. However according to the developer, downloads exceed 1 million within the first 3 months of its release. Other sources now put the downloads between 2 and 5 million (worldwide).

What age should you be to play it?

Doki Doki does not have a PEGI rating. The website ‘Common Sense Media’ gives it a 16+ rating. The game itself carries the following warning “This game is not suitable for children or those who are easily disturbed.” However, no proof of age is required to play.

What are the dangers to young people?

There are so many disturbing themes running through the game, the main one being suicide. One girl hangs herself , whilst another uses a knife to stab herself. Others concerns include:

This is a solo game and therefore gamers do not play with others. However, a major concern is that the  game can link to a player’s mobile phone. In Ben’s case his father revealed that the game would send text messages at any time of the day or night. The games characters do not leave you alone.

How can young people play safely?

Whilst we are not fans of removing all online access, this is a game that is definitely not for anyone under 16 years. We would suggest that those that are over that age , who are vulnerable through mental health issues, or who have an obsessive nature, also do not play the game. In fact there is nothing nice about it and unlike many other online games, there is absolutely no benefit to playing.

The key to allowing children to play online games safely, is knowledge and supervision by a parent or carer. The internet is a powerful tool that used wisely , can educate and help develop children and young people’s skills and opportunities. This includes online gaming. Get involved, be intrusive and make sure you follow these tips: