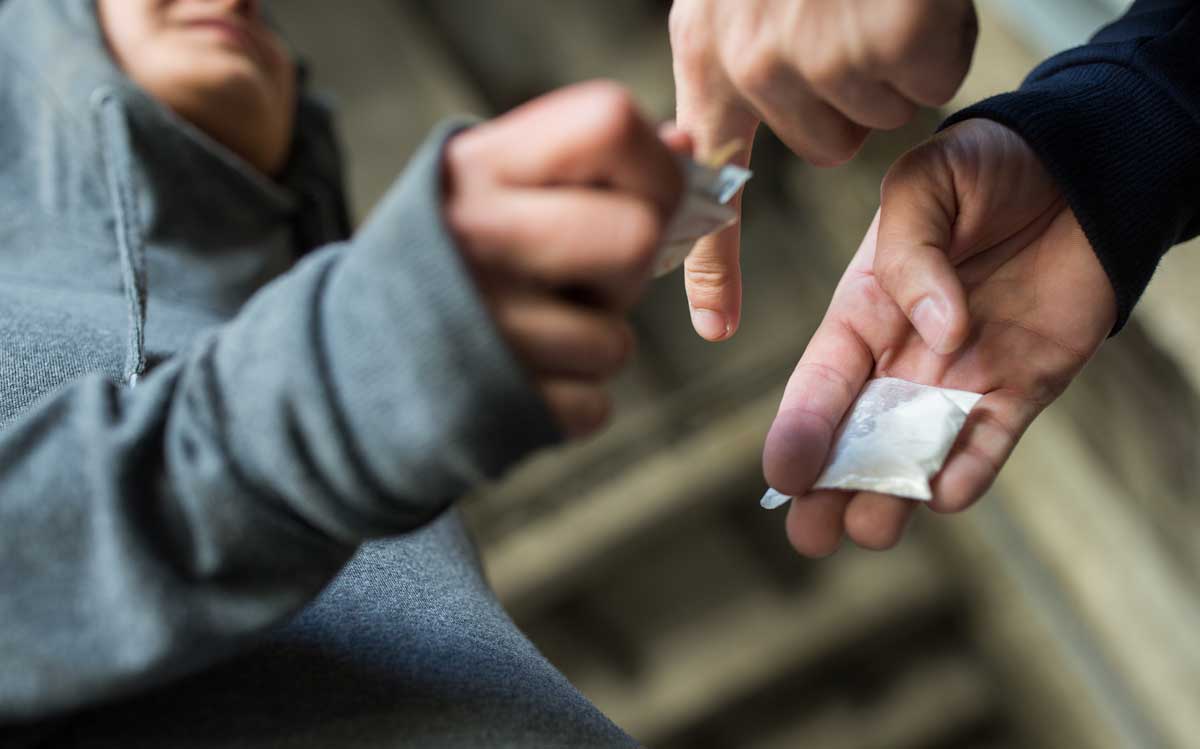 How do criminal networks recruit and exploit young people?

The most common age for children being expolited in county lines related crime is 15 -16. Gangs typically recruit and exploit vulnerable young people using:

Whilst most initial contact is carried out on the street and in schools, groups also use social media to entice young people in. Whereas some young people are attracted by the promise of large amounts of cash, mobile phones, haircuts, top of the range watches, clothes and trainers, the reality is starkly different. Once part of the network young people are in a highly exploitative situation, often working long hours for little or no wages. Typically, a young person can expect to earn as little as £50 per week.

What are the dangers for young people?

Involvement in county lines exposes a young person to potentially violent situations, involves them in serious criminal offences and significantly increases the chances of a young person using drugs. Offending and substance misuse can have a long-term and potentially life long impact on a young person’s ability to reach their potential. Exploitation can cause trauma, mental and physical health issues.

A criminal network is vulnerable to rival groups and consequently there is the potential for a young person to be involved in violent offences to protect the drugs and the group territory. A group may challenge or face a threat from an existing group in the local area or a rival county lines network. Threats, violence and kidnappings are commonplace, often used to secure dominance in the area or the enforcement of drug debts and the removal of rivals. Where a member is attacked, or territory is invaded, there is often a collective response and retaliations can escalate quickly and violently. Young people are at significant risk of witnessing and experiencing acts of extreme violence, rape, torture and murder. They also face the prospect of losing drugs or money, either to rival gangs or the police if arrested. Often it is advantageous for the group to have a young person owe them a drug debt, as a means of control. Some have been known to arrange or carry out staged robberies on their own runners, so they become indebted. It is common for young people to have their own phone taken away from them to isolate them further from the life they have left behind. Where young people do want to break free, it is often difficult because of intimidation and threats towards the young person and their families.

Living the life of a runner can affect a young person’s physical and mental health. Unhygienic, unsafe environments, poor nutrition, drug/substance misuse and injuries from assaults can all have a negative effect on health. Exposure to extreme acts of violence, together with the pressures of living in fear of being caught by the police or attacks by rival groups, all heighten a young persons chances of developing mental illness such as depression, post-traumatic stress disorder, personality disorders, and anxiety.

How do they travel?

Looked After Children (LACs) – are at increased risk. Both groups and individuals appear to hold a view that LAC’s will be treated more leniently and less likely to be given custodial sentences than non-LAC children. LAC’s with independent accommodation are sometimes targeted in order to use their home as a secure base.

Children not known – Whilst groups do use LACs, they will also target children who are not known to services, and whom come from a stable family environment with no previous interactions with the police. These children are far less likely to come to notice of the authorities straightaway.

Missing Children – either from local authority accommodation or home. Whilst most children are reported missing from care, efforts should be made to identify children who have gone missing from home but who have not been reported to police. A significant indicator are children who go missing from home for extended periods of time (often weeks) as opposed to regular repeat short term episodes (although this cannot be discounted).

Located in a rural location – children who are located a long way from home. Often this may be a place they have come to police attention e.g. children arrested in possession of drugs.

Lifestyle changes – young people who have new clothes, trainers, bling, phones, watches or substantial amounts of cash that they cannot account for. Many groups use a system whereby the young person pays the cash received from the deal, straight into a bank account. This account may be held by the young person, by a relative or simply be in a false name. Recently criminal networks have been targeting and using vulnerable people to open bank accounts – so called “money mules”. Once paid in, the cash is quickly drawn out of the account via a cash point by principle members far from where it was deposited. Young people are also known to hide substantial amounts of money in their rooms or about their person. There is evidence that many children are aware of the Proceeds of Crime Act.

Missing Children – The role of the Police (updated 2022)

Police are the lead agency when a child is reported missing. In this article we take a look at their role and what procedures they should follow to locate a child safely.

Age related milestones that are relevant to safeguarding children – a guide.

Missing Children – what you need to know

Here we outline the reality and scale of missing children in the UK, we also outline the expectations on all those involved with a child when they go missing

As we approach National Child Sexual Exploitation Awareness Day on 18th March, we produce the first of three practical factsheets for safeguarding professionals. Part 1 looks at the methods used by perpetrators, risk levels and the law.