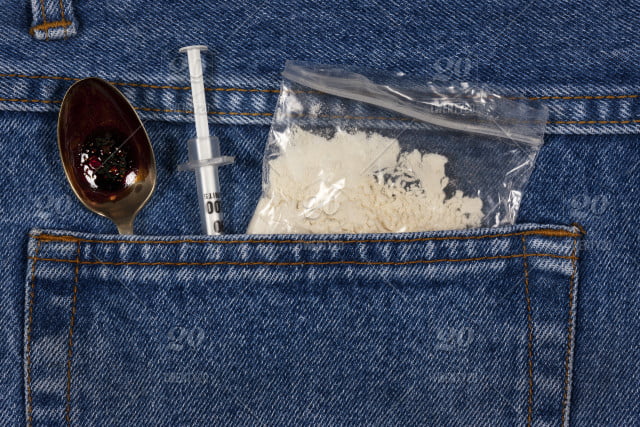 What is ‘County Lines’?

There is no official definition for County Lines, but it is a term used to describe circumstances where a gang or a criminal network who originate from a large urban area, travel to smaller locations such as a county or coastal town to sell class A drugs. Gangs typically recruit and exploit children and young people for various roles within the drug supply chain.

County Lines is a major child safeguarding concern, and we believe that in some areas, the level of exploitation of children by organised gangs, is on par with recent major child sexual abuse scandals. How widespread and prevalent the problem may be, is still not fully understood. However, a 2016 report by the National Crime Agency (NCA) identified that 71% of police forces had established county lines activity within their areas. A further 12% reported emerging issues. This clearly presents a huge safeguarding challenge requiring a robust multi-agency response.

Is County Lines the same as belonging to a gang?

Whilst it is easy to think of these groups as the same as or similar to Urban Street Gangs, county lines drugs supply is often a complex and highly organised criminal network.

How does it work?

The set-up is simple and operates on a relay system. The group identifies a secure base in a rural or coastal area. They take control of the local drug market and at street level they distribute their own mobile telephone number amongst the drug users within the area and market their own drugs. A principal member of the network based in the group’s ‘home area’ has control of the dedicated mobile number. Local drug users call the principal and place their order. The principal then calls a runner at the secure base in the rural area and dispatches the runner to make the delivery and collect the money. The benefits of moving into a rural setting include:

How do they identify the rural locations?

Factors that contribute to a successful market are areas that suffer from deprivation, poverty, high levels of unemployment and crime. Usually a member of the group will reconnoitre a potential area in advance to research the local drugs trade and ensure that they have an ‘easy market’, e.g.  considerable number of customers (users), minimal law enforcement presence and lack of strong competition from local dealers.

In 2014/15 the NCA estimated that the areas affected by county lines were:

The remaining locations were distributed between cities and towns. Most recently the NCA has identified towns where prisons are located and to where gang members have been incarcerated, may have led to visitors identifying the surrounding location as potential market places.

How do they identify and secure premises in the rural area?

Identifying safe and secure bases is an essential ingredient of a successful county lines drug supply network. Usually the group will identify more than one address within the area to operate from. Having multiple premises enables the group to move around and therefore minimises the chances of coming to the attention of the local police. There is evidence that several locations may be used for different reasons, e.g. one address used to deal from, whilst another is used as a ‘crash pad’ for runner’s. Common terminology amongst professionals for these types of premises are ‘trap house ‘or ‘safe house’.

‘Cuckooing’ is the term used where a group identifies and takes over the address of a vulnerable person. Groups will target local drug addicts, people with mental health or learning issues, people with disabilities and often vulnerable females. A common method with local drug users is that they are supplied or paid with free drugs (sweeteners), therefore building up a drug debts that can’t be paid off. The user then has no choice but to turn over their address for the group to use. Drug users will often find themselves also being forced to act as drivers or as low-level runners, as part of their debt bondage. The use of adult females within the set-up is common with many entering willingly into relationships with gang members. They allow their homes to be used, hold firearms and drugs, rent hire cars, book hotels and travel. Whilst they may have initially entered freely into the relationship, many of the women find themselves subjected to physical, psychological and sexual violence. The overriding common theme is that whatever the vulnerability of the person, the subsequent enforcement of that person is through the use or threat of intimidation and violence.

A quick word on hotels – these are not favoured by group and are seen as a short-term option. They may initially use them when first arriving in the area, but this will cease once they have identified suitable locations from which to operate. Using hotels poses a potential risk as they may stand out and are more likely to come to the attention of hotel staff and subsequently the police.

Where do these groups/gangs come from?

The 2016 NCA report ‘County Lines Gang Violence, Exploitation & Drug Supply’ recorded that 85% of areas surveyed, encountered gangs from London. However, whilst gangs from London were the most prevalent, gangs from other major cities such as Liverpool, Manchester and Birmingham were also very active.

The line is the telephone number that the users call to obtain their drugs. It is heavily marketed as a brand by the dealers and is the vital element in the drug supply chain. Whilst individuals in criminal networks and gangs change their mobile phones regularly to avoid detection by the law enforcement agencies, the ‘line’ does not change that frequently. To do so is bad for business and a line can often be open for years. Because it is so valuable to the collective business, it is often closely guarded and only given to trusted individuals. It is normally kept well away from the area where the drug supply is taking place, usually in the groups home area. The phone line to the local dealers and runners directing them to meet and sell to the users is often a second line and not the principle number. Dual SIM phones are also used. Whereas runners and trap houses are expendable and often changed, the phone line isn’t. Therefore, their worth is immense with recent estimates on very active lines, placing value anywhere between £20 and £35K. Anything worth that much money is obviously valuable to other rival criminal networks, and likely to be targeted. The consequences for anyone losing the line may well be extreme acts of violence or even death.

What types of drugs do they sell?

Whilst County Lines can involve many diverse types of drugs, overwhelmingly it is the supply of Class A drugs – Heroin and Crack Cocaine. The client base for so called ‘recreational’ or ‘party’ drugs’ such as MDMA (ecstasy), cocaine and amphetamine do not appear to be favoured by county lines networks. Whereas ‘party’ drugs are mainly supplied within the night time economy (clubs and pubs) to an often-young clientele with professional backgrounds, county lines supply focuses more on the street trade, those addicted to hard drugs, with deals taking place on estates, in parks and on street corners.

How do they find the buyers?

Research has shown that these criminal networks are adept at marketing and building their business. The NCA have also collated information which seems to suggest that some gangs are purposely reducing the dilution of the drugs; therefore, selling a higher purity of crack cocaine and heroin as a tactic to uphold their reputation and increase market dominance. In a move that would make most advertising agencies proud, some groups give extra away, supplying bags or wraps that are heavier than the local drug dealers. They also offer discounts to those that buy in bulk and offer ‘buy one – get one free’ introductory deals. There is evidence to suggest that some groups circulate business cards, not in the form that we are familiar with, but as strips of paper with the line name and number on it. There is also some indication that lines operate a franchise system, where the lines are different in various areas, but the brand (purity of drug) and where it originates from, are always the same.

How much does a network earn?

The profit margins for these groups are huge. Estimates between law enforcement agencies differ slightly but generally an active single line can gross between £2,000 and £3,000 per day (£14-£21K a week). Whilst this is a single line, it is common for networks to have multiple lines in various locations.  It is also usual for an established line to have more than 10,000 incoming communications a month.  Recent NCA figures estimate that 1-ounce (28 grams) of heroin has a likely street value when sold of £10 (0.1 gram) bags – approximately £2800. The cost to buy equates to anywhere between £600 and £800.

In the next post on this theme we will explore how young people are recruited into County Lines, the dangers they face and take a look at the indicators.  Thanks for taking time to read.