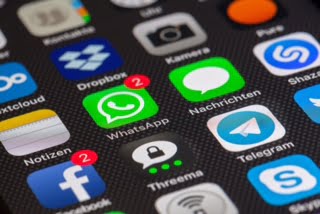 It is estimated that currently worldwide there are 2.2 million apps available to iPhone and 2.8 million to Android devices. There are over 1 billion websites. Social media platforms include, chat rooms, forums, blogs, video and social networking sites. Ways of communicating online include, live streaming, text, email and instant messaging. There are over 15 million individuals developing software in the world today.

Many apps carry age warnings or require age verification on sign up. Most are ineffectual, are unenforceable and are and easily circumnavigated.  There are cyberbullies, hackers, cybercriminals and sexual predators.  They are aided in their criminality by technology such as icon-hiding apps or jailbreak programmes (hacking your own device to lift restrictions), and the ever changing and growing variety of apps.

When faced with these staggering facts and figures, it is difficult to know where to start. How can we safeguard and protect young people effectively? It is impossible to identify every harmful site or app. Most, used sensibly do not pose a danger.

Tuesday 6th February 2018 is Safer Internet Day so please follow the link below to give you just an idea of the most popular platforms around and some indicators of the dangers they pose if NOT used wisely.